I have a batch script that starts a series of executable programs using start e.g. start example.exe. If the program doesn’t exist, I get the following message box: 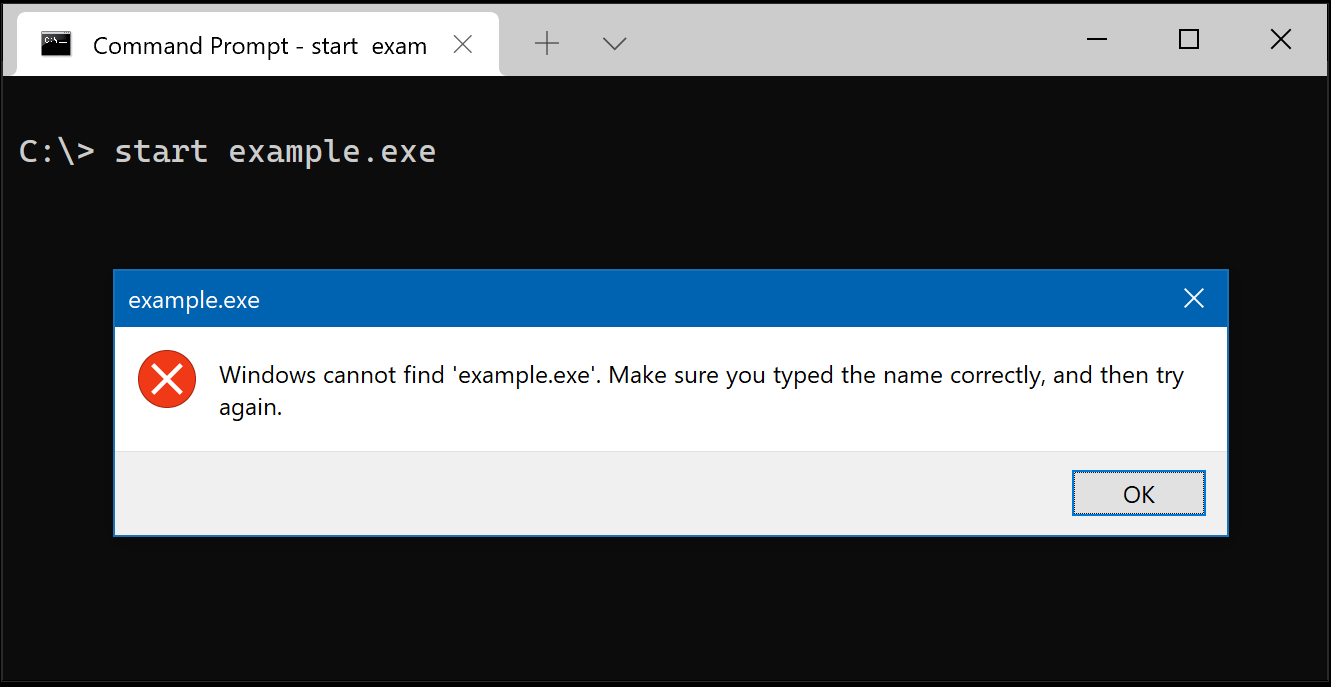 A solution I hadn’t initially considered before I posted this question is to check the file exists before calling start, as follows:

Strictly speaking, not a direct answer to my question as I originally stated it, but nonetheless serves my purposes fine.